While Apple CEO Tim Cook says the company’s ecosystem has never been stronger, and this ensures long-term stability, analysts are more reluctant when it comes to how the firm will perform in the coming years.
HSBC analysts have recently revised their revenue estimates for 2019 through 2021, lowering their original forecast by up to 7 percent. They also adjusted the estimates of Apple’s net income by 8 to 9 percent, setting the target price for Apple stock at $160 a share. 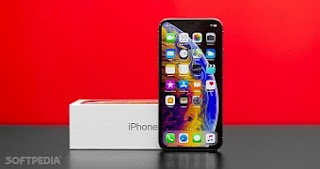 “Although we had expected challenges for Apple in China and other economies, the intensity has surprised us to the downside,” HSBC said in a note to clients this week, according to BI.
Furthermore, the analysts believe Apple’s biggest challenge in the coming years will be to raise the average selling price of the iPhone. This highlights once again that the big price of the 2018 iPhone models is one of the reasons sales have substantially declined.

Cook blamed the import debate between the US and China for the dropping market performance of iPhones, explaining that the battery replacement program that the company launched last year also convinced more potential customers to hold onto their purchases.
However, many analysts believe the price of the iPhone has reached a level that buyers no longer agree with, as the top-of-the-range iPhone XS Max is available in the United States for $1,449.
Apple itself has also turned to a series of damage control methods, including production cuts at its main suppliers, all in an effort to align the demand with the inventory. Earlier this week, it was also revealed that Apple cut the price of 2017 and 2018 iPhones for Chinese vendors, a decision that’s supposed to make these devices more affordable in an otherwise very challenging market.
If the analysts are right, the new iPhones launching this year, as well as the generation coming in 2020, may not be able to make such a big difference for Apple, unless they come with something big. Early reports on the 2019 series point to rather small upgrades in terms of size and hardware, but if there’s anything that Apple needs to tweak, this is definitely the price.
Share