Apple slashed the number of iPhones it planned to order from Hon Hai Precision Industry Co Ltd better known as Foxconn after the startlingly low demand for its line of 2018 iPhone models, as reported by The Wall Street Journal. 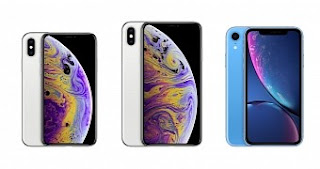 “And in the past week, Apple told several suppliers that it cut its production plan again for the iPhone XR, some of the people said Monday, as Apple battles a maturing smartphone market and stiff competition from Chinese producers,” says The Wall Street Journal.
This is following a previous cut of a third of the total number of iPhone XR units planned, from 100 million to around 70 million, according to a client note by top-rated Apple analyst Ming-Chi Kuo.
Apple has recently decided on November 2 that the number of iPhones it sold during the last quarter will no longer be included in future earnings reports.
iPhone sales fell flat during Q4 2018 compared to 2017 despite the launch of the new models
More specifically, Cupertino wants to offer only a qualitative statement regarding the iPhone’s sales which should serve as an indicator of the overall performance of their iPhone products during the previous quarter.
Therefore, in earning reports published by Apple in the future, there will only be a note which would say if the iPhone sold well or not, without any further details on the actual performance.
Apple’s decision to no longer publish specifics on the iPhone brand’s performance comes right after it admitted that the sales of the device have stagnated.
Moreover, Cupertino revealed that sales of iPhone in FY18 Q4 were flat, having sold a total of 46.89 million iPhones in Q4 2018 with 46,7 million shipped units during Q4 2017, despite the launch of the iPhone XS, the iPhone XR, and the iPhone XS Max.
Post Views: 430
Share