Apple has never been in a rush to adopt new cellular technology, and it was, in fact, a step behind all of its rivals in this regard, but it looks like the company is trying a different approach in the future.
While it was originally believed that Apple only wanted to adopt 5G on the iPhone lineup in 2020, a report from Reuters indicates that Cupertino intends to do this beginning with the 2019 generation. 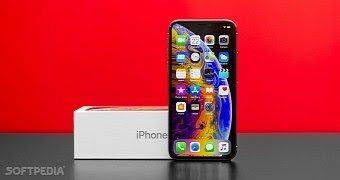 As a result, Apple is already holding talks with several suppliers on 5G modem chips, including Samsung and MediaTek. Both are supposed to replace Qualcomm, the company that Apple is currently at war with, though a decision on the supplier hasn’t been made just yet.
The report cites Apple’s supply chain executive Tony Blevins as saying that Qualcomm was the first option because it offered deep rebates on patent license costs in exchange for exclusivity. However, going forward with Qualcomm is no longer part of Apple’s long-term plan, and Cupertino has, in fact, started stepping away from the San Diego-based chipmaker beginning with 2016.
Qualcomm and Intel both supplied chips for 2016 and 2017 iPhones, while only the latter remained an Apple partner for the 2018 generation.

No confirmation of 5G iPhone

Apple is now holding talks with Samsung and MediaTek, in addition to Intel, as what the company is hoping to obtain is a diverse portfolio of partners that would help deal with its expected output.
“The entire concept of Project Antique was to find a second supplier. No offense to [Intel] but we don’t want to be single supplier with them. We wanted both Qualcomm and [Intel] in the mix,” Blevins was quoted as saying in a testimony in the Qualcomm vs. the US FTC case.
Confirmation as to whether Apple is planning a 5G iPhone this year hasn’t been offered, but given the current sales of the 2018 generation, Cupertino is believed to be planning significant upgrades for its flagship product.
This could involve an upgrade to a triple-camera system on the iPhone XS Max, as well as dual-camera configurations on both iPhone XS and iPhone XR successors.
Share