Facebook CEO Pushed Execs to Android Due to Personal Vendetta

Facebook’s and Apple’s CEOs aren’t exactly best buddies these days, and some of the comments made lately appear to have fueled this long-distance conflict.

Mark Zuckerberg, for instance, was so angry with one of the statements released by Tim Cook that he decided to force all Facebook executives to give up on their iPhones and make the total switch to Android. 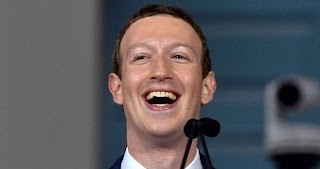 While a handful of executives giving up on iPhone would have a rather insignificant impact on the Apple user base, Zuckerberg reportedly pressured his teams to embrace Android after Apple’s CEO criticized the social network’s management for the way they handled user privacy.

An article from The New York Times and dissecting the most recent Facebook scandals includes tidbits about this uncanny idea, adding that the decision has been made after a Tim Cook interview with MSNBC.
Most likely, the statement that infuriated Zuckerberg has Tim Cook saying that “privacy to us is a human right, it’s a civil liberty,” adding that Apple isn’t “going to traffic in your personal life.”

“You know, I find that argument, that if you’re not paying that somehow we can’t care about you, to be extremely glib – and not at all aligned with the truth,” Zuckerberg says.

“If you want to build a service which is not just serving rich people, then you need to have something people can afford. I think it’s important that we don’t all get Stockholm syndrome, and let the companies that work hard to charge you more, convince you that they actually care more about you, because that sounds ridiculous to me.”
For what it’s worth, Kantar data shows that while Android is the leading choice in the US, its share is declining, with iOS improving no less than 5 percent in the three months ending September 2018.
Post Views: 815
Share