How to Fix the Audio Volume Dropping Suddenly on Android Auto

If you’re a regular Android Auto user, you probably know that updating the application is quite a risky thing to do, as many of the new versions released by Google are far from polished.

How to Fix the Audio Volume Dropping Suddenly on Android Auto

This is what most people learned the hard way, despite everyone hoping that the next update would fix more bugs in Android Auto.
Most recently, Google rolled out a major update to version 3.8, which among others brought a new audio experience with a revamped user interface, message previews, and other goodies.
Without a doubt, this is the most significant update in a long time, and as a hardcore user of Android Auto, I can only be pleased that Google is still committed to delivering substantial improvements. Especially as I use Android Auto daily for my commute, because so far, the experience with the app has been far from smooth.
While I occasionally hit issues like occasional connection drops, I’ve seen users complaining of bigger problems like Android Auto not detected by the car’s infotainment system.
Nevertheless, while the update to version 3.8 brought these highly-anticipated improvements, it also introduced one major bug that appears to be hitting quite a lot of users. Including me, that is.
After updating Android Auto, the sound volume drops suddenly every few seconds before it’s being restored to the original level. Needless to say, this makes it impossible to listen to any music, no matter if we’re talking about Spotify or any other app.
The bug only affects audio coming from Android apps, as the car’s stereo is still working flawlessly. 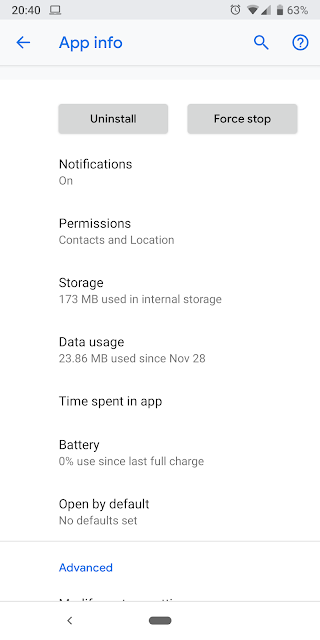 And as it turns out, it’s all caused by a bug in Waze, Google’s very own traffic navigation app. Waze keeps sending a notification to the car’s infotainment system that despite being dismissed manually, it shows up once again regularly.

As per Android Auto’s default configuration, popups, including the Waze navigation directions, displayed on the car’s screen also generate a notification sound, so the audio is automatically lowered when they show up. Because the Waze notification keeps coming back, the volume of music is automatically reduced every time this happens.
While Google has reportedly acknowledged the bug and is working on a fix, what you need to do is block Waze notifications completely. I’ve tested this and it does the magic, but keep in mind that you must re-enable notifications when a fix is ready.
Instructions on how to block notifications for Waze could be a little different depending on your Android device, but on the Google Pixel 3, here’s what you need to do. Launch Settings and head over to the following location:
Settings > Apps & notifications > See all apps > Waze > Notifications
At this point, you should see a toggle for the option called “Show notifications,” so just tap it to disable it and that’s pretty much all about it.
Remember that this workaround could be a little different depending on your Android phone, but otherwise, you’re allowed to block notifications regardless of device.
While this bug has become more widespread with the release of Android Auto 3.8, it looks like some users have been seeing it starting earlier this year. A discussion on Google’s forums indicates that the issue showed up in early November for some, so many believe that it may be caused by a Waze update and not necessarily because of a compatibility issue with the latest Android Auto version.
At this point, there’s no ETA as to when Google’s fix could land, but given the bug has already been acknowledged by the company, it shouldn’t take too long until it becomes available for everyone.
Post Views: 440
Share