Apple’s 2019 iPhone may not feature significant upgrades in terms of design, but the real magic could happen under the hood if all the recent rumors are anything to be believed.
Most recently, Barclays analysts projected that the next iPhone family could come with support for Wi-Fi 6, thus providing faster wireless connectivity by using the latest generation technology. 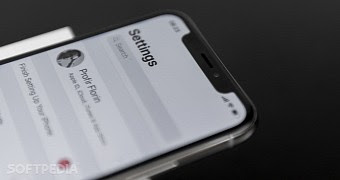 Wi-Fi 6 (ax) was announced in late 2018, and it is expected that the standard would be adopted by devices launching this year, including flagship products from Apple and Samsung.
As far as the South Korean firm goes, for instance, the analysts believe the Galaxy series could use it too, so we expect both the Galaxy S10 launching next month and the Galaxy Note 10 due in the summer to include support for the tech.
Needless to say, iPhones coming with Wi-Fi 6 tech is just a guess for now, and confirmation would only be offered in September when the new models are projected to be unveiled.

A report that made the rounds earlier this week indicated that the 2019 iPhone project is already in an advanced stage and Apple is no longer expected to make any significant changes.
The new generation is likely to include three different models, all of them based on the existing versions. There will be a successor to each 2018 iPhone, with the 2019 iPhone XR to use a dual-camera system. The iPhone XS Max will also be upgraded to three cameras on the back.
One particular question that isn’t yet answered concerns the 5G support. While reports that made the rounds in late 2018 indicated that Apple could wait until 2020 to bring this feature to its devices, more recently it has been speculated that the company is already in talks with Samsung and MediaTek over 5G modem chips for 2019 iPhones.
The two could join Intel into providing new iPhones with 5G capabilities, though for now, it’s not exactly clear if the talks are on the table for the 2019 products or the ones coming next year.
Post Views: 22
Share