Five men were indicted with federal charges by the US Department of Justice for allegedly stealing, distributing, and selling hundreds of TV series episodes and movies before the official release.

The hacking group members were able to get their hands on not yet released movies and TV episodes by supposedly breaking into Hollywood production companies’ computer system and stealing a wide selection of content ranging from trailers and audio tracks to feature films. 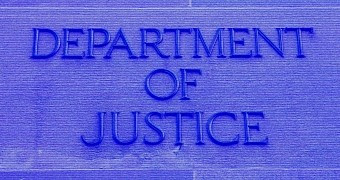 According to the US Department of Justice (DoJ) press release, by all accounts, the movie piracy ring used rented servers from France to store the roughly 25,000 illegally obtained movie and TV show episode copies.
“The defendants also illicitly acquired copies of films by other means, including recording cinema screenings and obtaining copies of motion pictures distributed to movie industry professionals, according to the indictment, which outlines criminal conduct beginning in early 2013 and continuing into the spring of 2015,” says the DoJ.

After surreptitiously obtaining the video content, the defendants modified the copies to avoid detection and to distribute them via multiple online sharing platforms.

Only one out of the five defendants is currently under arrest

Furthermore, some of the movies they reportedly stole were auctioned to various third parties willing to pay for the privilege of seeing them before the official cinema release.
To cash in the funds earned by selling the stolen content, the “defendants used a shared PayPal account to receive and distribute money from the sale of the pirated motion pictures, the indictment states.”
At the moment, out of the five defendants awaiting trial, only United Kingdom resident Malik Luqman Farooq is currently detained having been arrested by the City of London Police on related charges.
The other defendants, Aditya Raj and from India, Sam Nhance from the United Arab Emirates, and Malaysian Ghobhirajah Selvarajah are still at large and currently wanted by international law enforcement agencies.
As detailed in the DoJ press-release, “The defendants, who are not in U.S. custody, are named in a seven-count indictment that charges them with conspiracy to commit computer fraud, unauthorized access to a computer, aggravated identity theft, and copyright infringement.”
Share