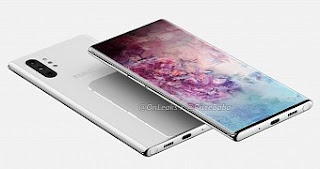 The South Korean company typically takes the wraps off Note models in the summer, and in the last few years, August has been the preferred month to introduce the phablet.
And this happens for a reason. By announcing the Note approximately a month before Apple unveils a new iPhone generation, Samsung can make sure its devices receives the attention it deserves, as well as some exclusive time on the market.
According to a new report, the same strategy is going to be used this year, as the Note 10 is once again projected to be unveiled in August.
ETNews, which has a mixed track on mobile scoops, claims the Note 10 could be unveiled on August 10, with sales like to begin later the same month. The Note 9 was launched on August 9, a day before the date speculated for this year’s model.

Samsung plans to unveil two different Note 10 models this year, namely a standard version and a Pro sibling that would come with upgraded specs.
The standard Note 10 would feature a 6.28-inch display, whereas the Pro will be larger at 6.75 inches. Needless to say, the top-of-the-range configuration will come with exclusive hardware, like a quad-camera system, 1TB storage, and 12GB RAM.
The fingerprint sensor will be integrated into the screen, just like on the Galaxy S10, while the camera cutout will no longer be placed in the top right corner, but in the middle of the display. The Note 10 will no longer have a headphone jack, as Samsung wants to encourage customers to make the switch to wireless headphones, albeit USB-C support is very likely to be offered as well.
Post Views: 448
Share