The weak demand for new iPhones is impacting not only Apple but the entire ecosystem, including supply partners across the world.

One such example is represented by Taiwan, a country where a major part of the economy relies on the collaboration between local companies and Apple. 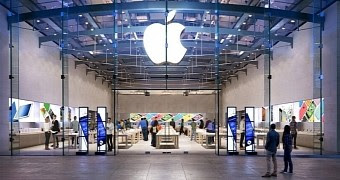 And given the poor sales of the new iPhones and the damage-control measures that Apple has turned to, not only that Taiwanese suppliers have been affected, but the local economy is also dragged down too.
This is what the National Development Council (NDC) was quoted as saying recently by Digitimes, with these comments made at a January 10 cabinet meeting.

The production adjustments that Apple makes to cope with the dropping demand of new iPhone are considered to be a potential factor that could lead to the erosion of Taiwan’s export and economic performance in 2019, the report reads. Other factors include the US versus China trade war and the international oil price fluctuation.

Read More > iPhone 11 Max to Feature Triple-Camera System
Apple has recently decided to cut production of iPhones in an effort to align the output with the existing demand, and suppliers believe that the dropping sales would continue throughout 2019.
On the contrary, Jerome Powell, the Chairman of the Federal Reserve in the United States, says that Apple’s lower than anticipated sales are the result of a slowdown experienced by China.
“The Chinese economy is slowing down. It’s showing up a lot in consumer spending,” Powell is quoted as saying by CNBC. “Weak retail spending; everyone has seen the Apple news.”
Apple CEO Tim Cook said earlier this month that the on-going import dispute between China and the United States impacted iPhone sales in the last quarter. Furthermore, Cook said that a significant number of customers delayed the purchase of a new iPhone due to the battery replacement program that the company launched last year.